HomeAbout UsResourcesVideosVolunteerContact Us
Support line1300 273 266
A service of

< back to client stories 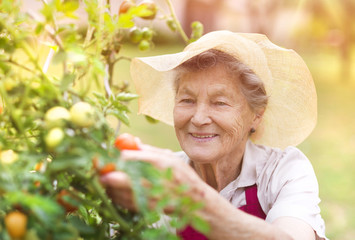 A letter from Merideth

It appears we have accidentally followed a similar path.

Where does one start to tell the story?

In 1994 I was prescribed benzodiazepines (Diazepam and Temazepam) by a psychiatrist who was helping me work through some hideous childhood sexual abuse experiences. The psychiatrist was only prepared to help me if I was prepared to trust him about the medication. The amount of medication was never  reviewed from May 1994 through to May 2012, 18 years.

In 1997 I was wrongly diagnosed with multiple sclerosis. By 2012 I struggled with day to day life – even ironing a shirt tired me. I could not walk far and used a motorised scooter. I had hand rails in the shower because I was so unsteady. I had difficulty thinking of the words I wanted to say and my memory seemed to be clouded. I was encouraged to remain on the benzodiazepines and was told that the medication would alleviate the MS symptoms. I was diagnosed with irritable bowel syndrome and put on a restricted diet. I struggled to gain weight. My skin was hard and leathery. I also became increasingly anxious which was very out of character.

I was unaware that the symptoms disabling me were actually caused by the benzodiazepines.

In May 2012 my four year old grandson asked me why I talked, walked and moved so slowly. I explained that I had MS. My son, who had been doing an applied chemistry degree, told me that the medication after a while ceased to be effective so it was no longer doing the job it was originally prescribed to do. My grandson’s questions and my son’s comments started me thinking about coming off the medication.

That was the beginning. I began my withdrawal in October 2012 and completed it in early 2014. I am now very healthy and probably fitter than most people my age. I dig the garden, do farm work, carry heavy firewood, walk long distances and even run when rounding up sheep. Two neurologists have now said quite categorically that I do not have MS. I no longer suffer from irritable bowel syndrome. My skin is soft and supple. My hair is shiny. I never imagined that the benzodiazepines could damage my health so badly.

A dear friend used to say to me when I was struggling that it was important to look to the horizon, not the here and now. I know that is very difficult when you are struggling with pain and discomfort but having a goal will help you so much in this difficult lonely journey. My goal was to be able to participate, work and enjoy my grandchildren. I can do all those things now and I encourage you to go forward focusing on your hopes and dreams.

None of us knows how much the benzodiazepines actually impact on our health until we have totally withdrawn. I would never have imagined that I could be as fit and active as the fittest and most active person of my age group. I therefore encourage you with all my heart to continue withdrawing.

I wish you all the best. Take heart from the fact that others have succeeded.

NB. The photo is indicative only and Merideth’s identity has been protected.